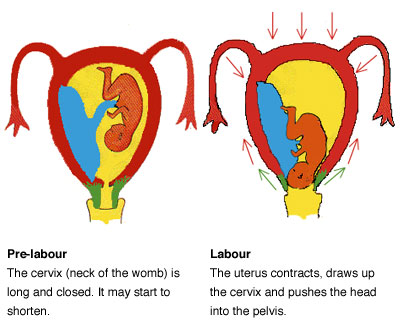 A. Assessing condition of mother

B. Assessing condition of the fetus(es)

These papers simply demonstrate that there are risks whatever route your baby takes when coming into the world: good assessment and experienced advice are the key elements in ensuring the best outcome for your and your baby.

The proportion of women who attempt vaginal delivery after prior cesarean delivery has decreased largely because of concern about safety. The absolute and relative risks associated with a trial of labor in women with a history of cesarean delivery, as compared with elective repeated cesarean delivery without labor, are uncertain.

We conducted a prospective four-year observational study of all women with a singleton gestation and a prior cesarean delivery at 19 academic medical centers. Maternal and perinatal outcomes were compared between women who underwent a trial of labor and women who had an elective repeated cesarean delivery without labor.

Vaginal delivery was attempted by 17,898 women, and 15,801 women underwent elective repeated cesarean delivery without labor. Symptomatic uterine rupture occurred in 124 women who underwent a trial of labor (0.7 percent). Hypoxic–ischemic encephalopathy occurred in no infants whose mothers underwent elective repeated cesarean delivery and in 12 infants born at term whose mothers underwent a trial of labor (P<0.001). Seven of these cases of hypoxic–ischemic encephalopathy followed uterine rupture (absolute risk, 0.46 per 1000 women at term undergoing a trial of labor), including two neonatal deaths. The rate of endometritis was higher in women undergoing a trial of labor than in women undergoing repeated elective cesarean delivery (2.9 percent vs. 1.8 percent), as was the rate of blood transfusion (1.7 percent vs. 1.0 percent). The frequency of hysterectomy and of maternal death did not differ significantly between groups (0.2 percent vs. 0.3 percent, and 0.02 percent vs. 0.04 percent, respectively).

A trial of labor after prior cesarean delivery is associated with a greater perinatal risk than is elective repeated cesarean delivery without labor, although absolute risks are low. This information is relevant for counseling women about their choices after a cesarean section.

All low-risk mothers with 1 or 2 previous cesareans and no prior vaginal deliveries, who delivered at our institution from December 1994 through July 1995, were identified. Neonatal outcomes were compared between 136 women who delivered by elective repeat cesarean section and 313 women who delivered after a trial of labor. To investigate reasons for differences in outcome between these groups, neonatal outcomes within the trial of labor group were then compared between those mothers who had received epidural analgesia (n = 230) and those who did not (n = 83).

Infants born to mothers after a trial of labor are twice as likely to undergo diagnostic tests and therapeutic interventions than infants born after an elective repeat cesarean section, but the increase occurred only in the subgroup of infants whose mothers received epidural analgesia for pain relief during labor. The higher rate of intervention could relate to the well-documented increase in intrapartum fever that occurs with epidural use.